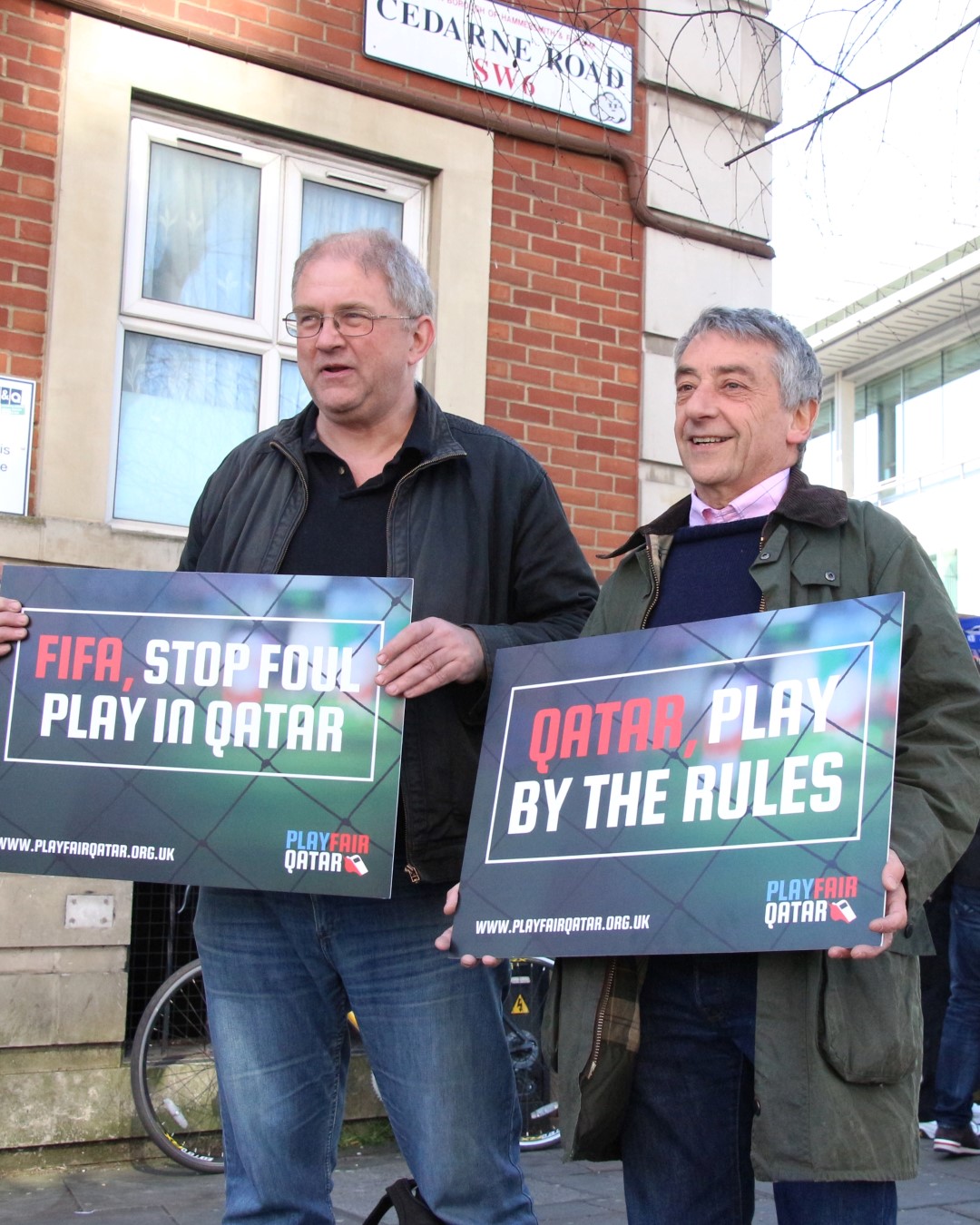 Over the weekend of October 15th, Playfair Qatar be holding  actions up and down the country to give fans a chance to show that they want FIFA to make Qatar play by the rules. From top flight league games to kickabouts in the park, fans will be making their voice heard about what’s being done in the name of football.

The Chelsea Supporters Trust has added its name to the Weekend of Action by organising a photo opportunity for fans attending the Chelsea v Leicester game on Saturday 15 October.

Join us adjacent to the cfcuk stall, opposite Fulham Broadway station, at 11.45am (remembering that the game is a 12.30 kick off!).

“Since our action outside Fulham Broadway Station [in April 2015], Qatar has been dragging its feet over reforms. A promise to abolish the kafala system that keeps workers trapped ended up being practically worthless, while a new law to guarantee payment of wages has already been shown to be failing. Qatar, and FIFA, need to be made aware that opposition to their current human rights policies is not going to go away, and fans – particularly through groups like Chelsea Supporters Trust – can have a big part to play in making that clear. “