Our firmly established Brompton clean up group reconvened on 8 October 2016 during another international break.  The intrepid gardeners gathered at the Fulham Road gates of Brompton Cemetery and did the rounds of the final resting places of Messrs Janes, Kirby, Maltby and Mears, tidying up around the plots and leaving them clear and accessible for visitors and fans of Chelsea FC interested in learning about our heritage. 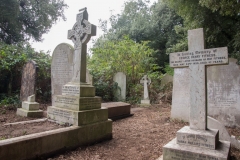 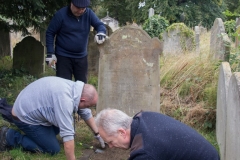 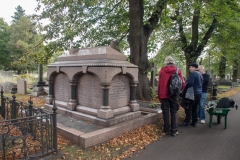 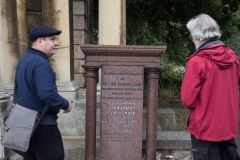 But before leaving Brompton Cemetery we headed to an area near to the main entrance where we found the unmarked common grave of former Chelsea player Jack Whitley, Here we worked on marking the plot for further work to be carried out at a future date.
Jack was very loyal to the club, he first played as a goalkeeper in 1907 then worked as a trainer, dedicating over 30 years to Chelsea FC. Jack specifically requested to be buried near his beloved Stamford Bridge when he died in 1955. 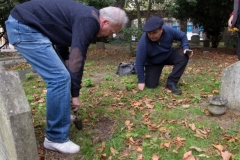 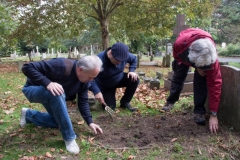 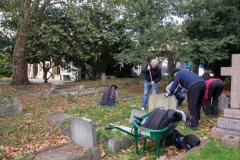 Satisfied our work was done at Brompton, three of us headed off to a small village church in Hampshire, invited to tend to the grave of Chelsea ‘godfather’ Frederick Parker, the man who came up with the initial idea to create Chelsea Football Club. 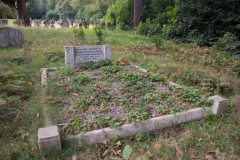 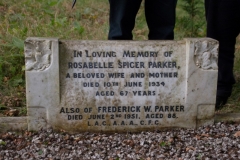 A satisfactory days work, an ongoing project to keep our heritage alive so that fans present and future can learn about our club’s roots.

Our grateful thanks to gardening stalwarts Steve, Adrian and Debs, Cliff for his dedication to the project and Rick Glanvill for the research and the inspiration.